The history of this line is shrouded in the mists of time. There are a number of articles/blogs on the internet with few accurate details and all giving different dates. The only reliable information I have is data on the locomotives obtained from the manufacturers records. I have found no maps showing the route of the horse trams within the city and a 1903 map shows the only tram line running from Bojolalie via Poerwosari to Solo-Balapan station. A later 1946 map does not show this line but does show a line running from Purwosari south-east through the city and on to Wonogiri. This line is still in use today and even sees the occasional steam special.

The initial concession for a tramway was granted in 1884 and a line was built by Lange & Co. from Kartasura to Solo market and Djebres via Purwosari and Fort Vastenburg, mostly along the side of streets. Solosche Tramweg Maatschappij was established in 1892. It appears the first section to open was from Purwosari to Jebres, about 4-5 kms long, on 8th August 1891. There were intermediate stops at Fort Vastenburg, Pasar Gede and Warung Pelem. Later the line was extended from Purwosari to Kartosura another 5 kms or so, and later still extended from Kartasura to Boyolalie.

The following information was sent to me by Hans Klomp along with copies of each article for which we do not yet know the copyright status, although it is likely that after 125 years any copyright would have expired under the current laws of all countries who signed the Copyright Conventions.

Saturday morning was a important day for Solo. On invitation of Mr. Verloop the "resident" (HK = local Dutch authority),

the assistent- "residents" of Solo and Sragen, the local administrator, the Crown-prince and his following and some private citizens, had gathered in Hotel van Ecke,

where from time to time the music of Pangeran Tjokronegoro could be heard, to make the first trip with the first two cars

An advertisement tells us that a 3% dividend is paid per share for the year 1892.

The Tramway later ran into financial difficulties and was eventually taken over by the NISM who set about replacing the horses with steam. The change from horses to steam traction was effective from 1st May 1908 when a new locomotive was put into service between Bojolali and Purwosari, this being Hartmann 3160/1908, NIS number 259. Later the same year a second locomotive arrived, being Hartmann 3164/1908, NIS number 263. Both these locomotives survived through PJKA ownership as C1801 and C2301 respectively and are now preserved at Ambarawa Railway Museum and Semarang Lawang Sewu respectively.

A new line was built from Purwosari to Wonogiri, using the old tramway route for much of the way to Fort Vastenburg, and later extended to Baturetno (by 1913) and for this further similar locomotives already owned by NIS were moved to this line. These would have been either or both of the 2 types which became PJKA classes C16 and C17  and of these C1603 and C1704 are also now preserved at Ambarawa. The section from Wonogiri to Baturetno has since been closed but the remaining section is still in use today using diesel-hauled trains, a DMU and occasional steam specials.

This modified 1873 map shows my interpretation of the horse tram route from Poerwosari to Djebres via Fort Vastenburg marked in a thick red line. This assumes it ran alongside the main roads. Early papers suggest that it crossed the river after the Fort Vastenburg stop. The original map did not extend to Kartasoera which is off to the left per the arrow. I have underlined relevant names in red. I suspect the section from Fort Vastenburg to Djebres was was abandoned after 1908 as it was easier for the new locomotives to use the main line from Poerwosari to Djebres which had been converted to dual gauge by 1899. The layout at Poerwosari was altered to allow trains to stop at Poerwosari NIS station, hence the kink in the line from the east of the station to regain the original trackbed.

The above map shows only the line from Bojolali running alongside the NIS line from Poewosari to Solo Balapan station. Likely date would be between 1908 and 1913. I have not found a date for the line to Wonogiri (shown on the 1913 map below) but it followed the line I have drawn on the first map as far as Fort Vastenburg, then continued in the same direction before turning south to cross the river as per the map below. 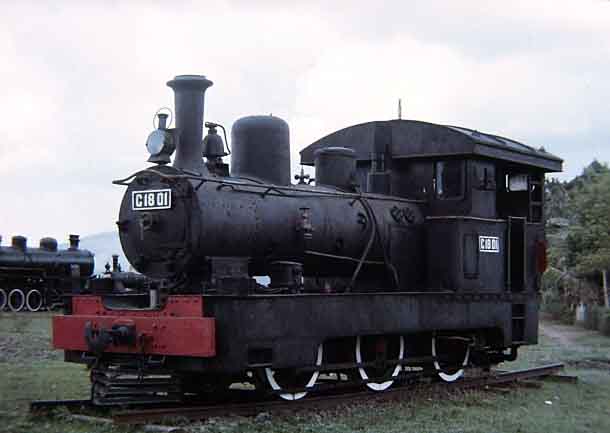 Above: 0-6-0SkT (Skirt Tank) C1801, formerly NIS 259, was built for the Purwosari-Bojolali line where it replaced the horses and was able to haul much longer and heavier trains. It is seen at Ambarawa Railway Museum in November 1976. 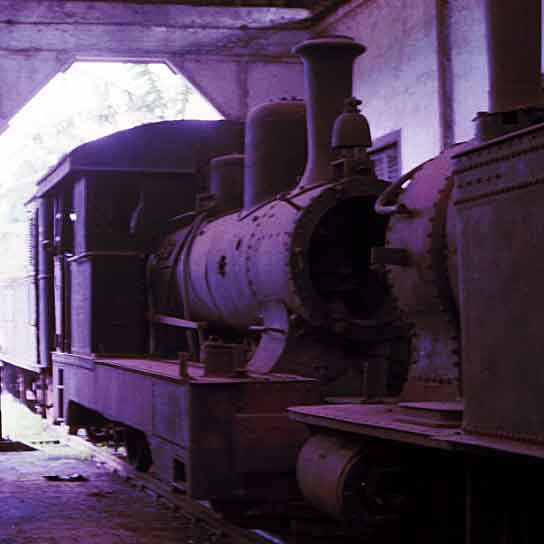 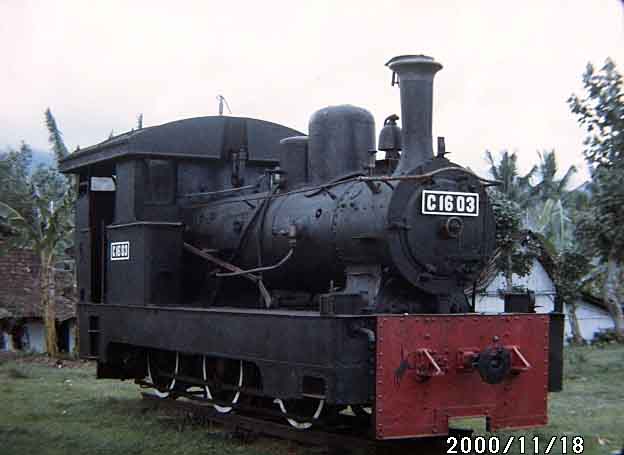 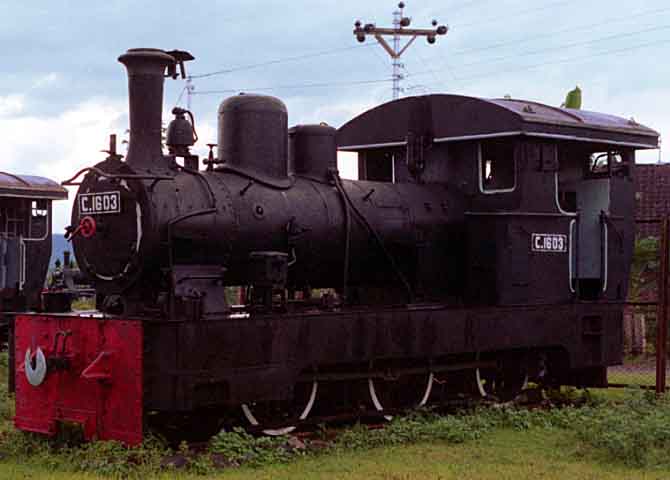 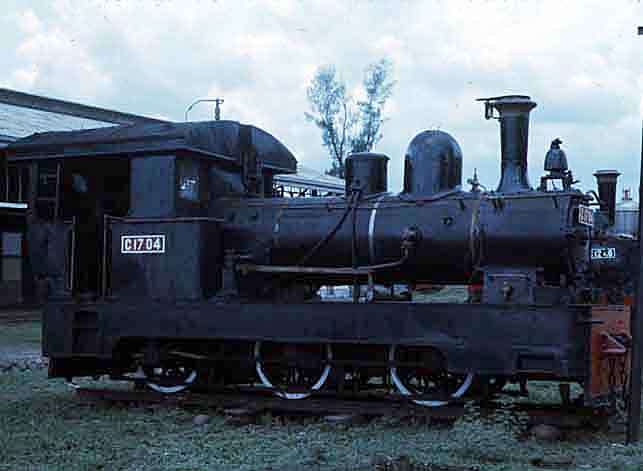 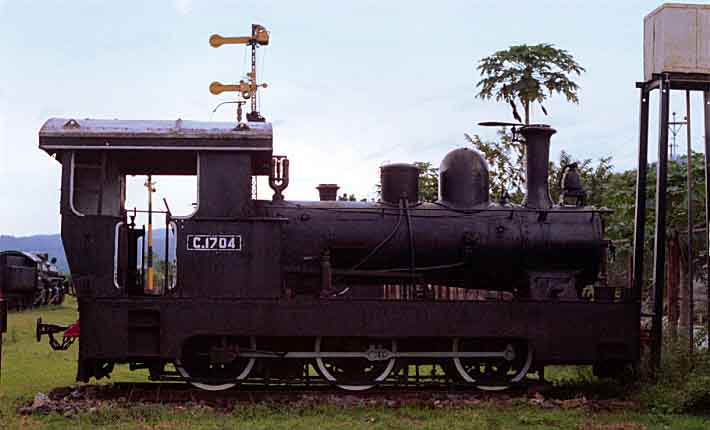 The four classes of locomotive above are virtually identical but differ in having piston valves or slide valves and whether or not they have superheating. The NIS also had some similar class C20s but they were 0-6-2SkT and at least one was used on the Baturetno line. 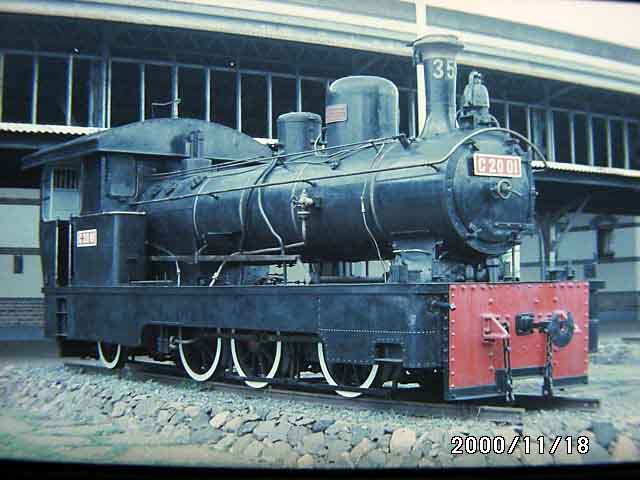 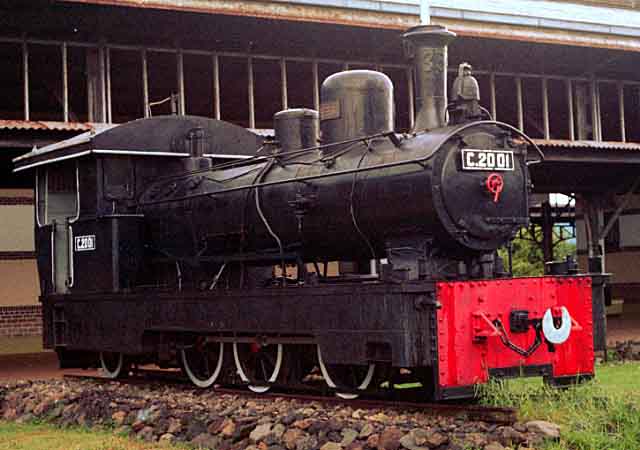 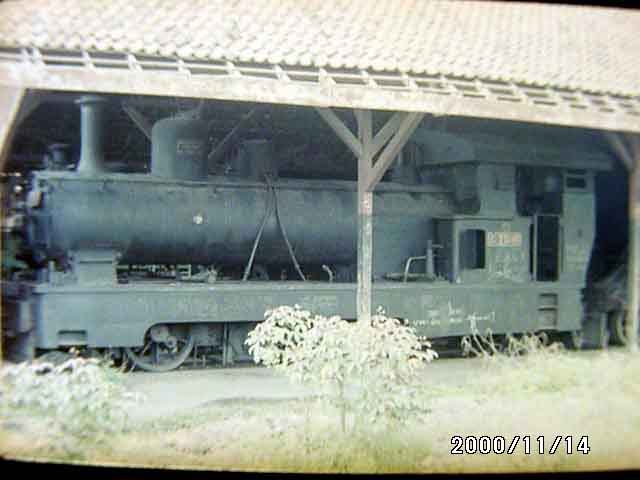 Above and below: 0-6-2SkT C2010, formerly NIS 360, is one of several which were sub-shedded at Purwosari for working the Baturetno branch trains. C2007 was another. At the time of this visit I was unaware that there was another shed at Purwosari, just 2 kilometres away and still containing several of the branch engines. 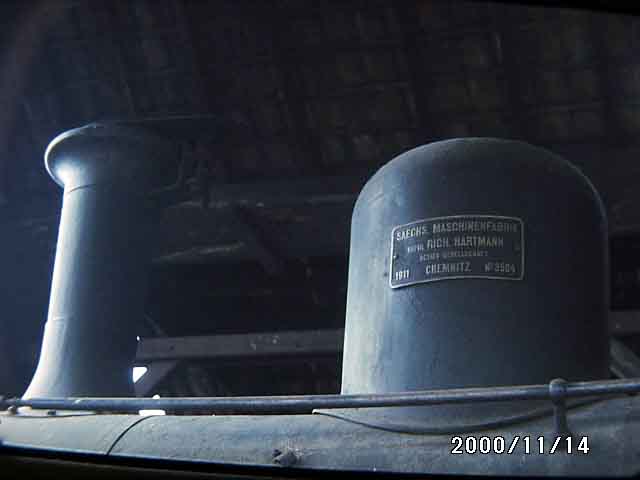 From earlier days the motive power was very different.

Updated 4th October 2018.
You are visitor number to this page.