The Kediri Steam Tram Company was established in 1895 in Amsterdam.

The company worked in close association with the Malang Stoomtrammaatschappij (Malang Steam Tram Company) which is evidenced by the board of managers.

The company was liquidated in 1970. 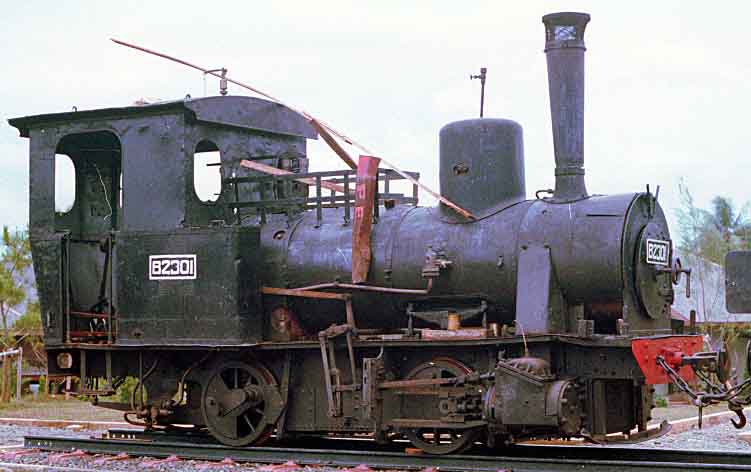 Below: C2606 at Kediri in February 1987 used for tripping oil tankers to/from a neaby installation 2-3 times a week. It is now preserved outside Madiun station. 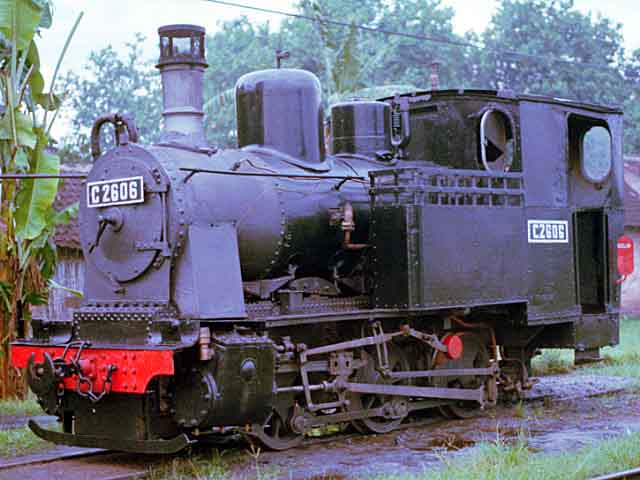 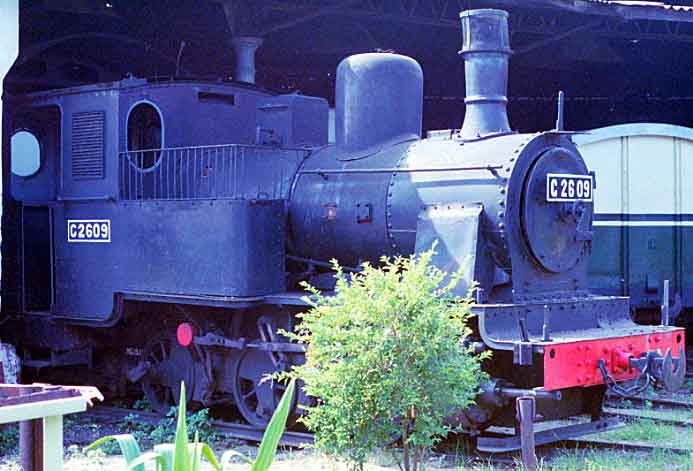 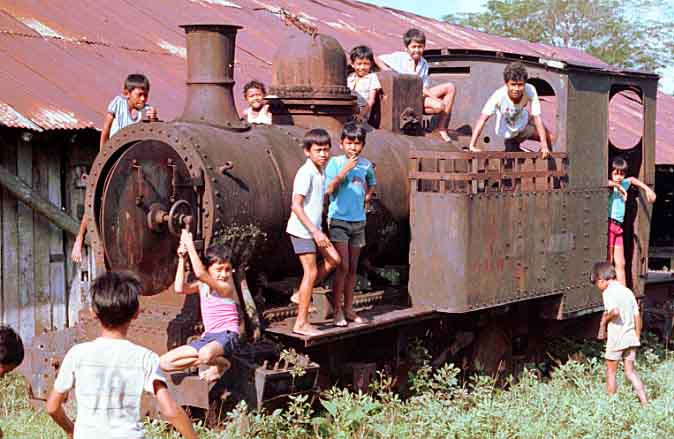 Above: C2607 lies abandoned at Cepu Forest Railway in February 1987.

Below: A map of the Kediri Tramway system. The red dots are sugar factories, many of which are rail connected. Note the connection at Ngoro to the OJS system (green line).

Updated 1st December 2016.
You are visitor number to this page.