The tramway was closely associated with the Modjokerto Tramway with locomotives being swapped between the two.

The map below is ©GEOATLAS.com

The pictures below are the only ones I have of the class C21 but are representative of the types used, the B21s being smaller versions of the C21. C2103 was preserved at Taman Mini in 1987 and C2104 was derelict at Cirebon in 1977. 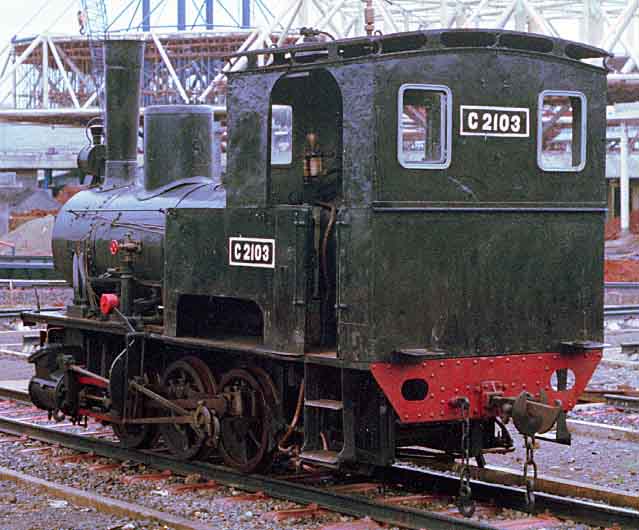 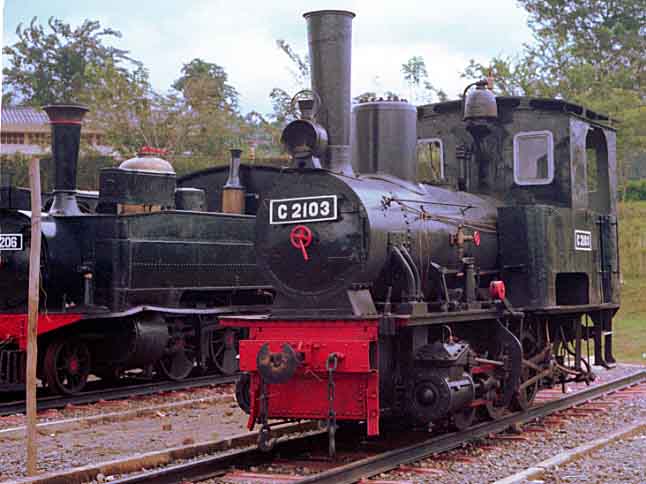 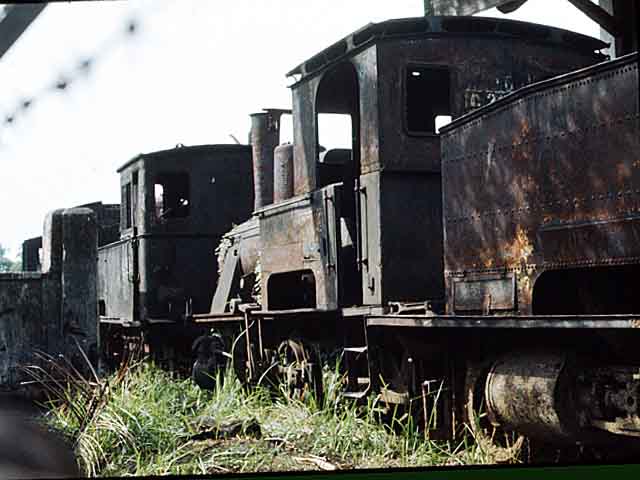 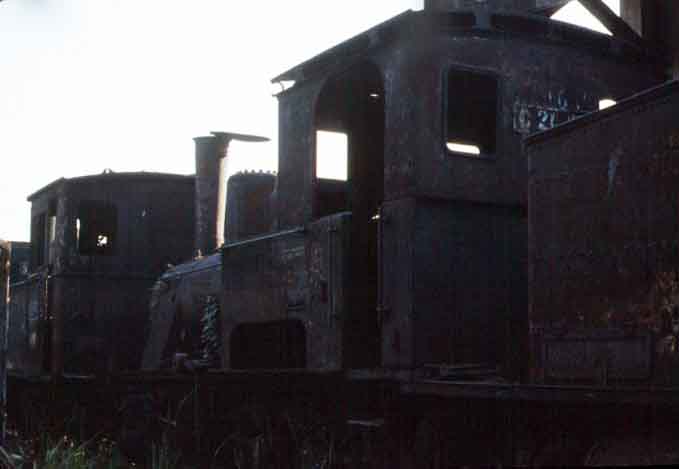 Updated 12th November 2016.
You are visitor number to this page.