Between September and November 1950 Wickham supplied 12 type 40 chassis units with Ford V8 engines, works numbers 5800-5811, to Malayan Railways who had them fitted with Ferret Armoured Car bodies for use patrolling the lines through the jungle ahead of the trains. The accompanying photograph suggests that they were likely numbered A.W. 1 to A.W.12. They were obviously successful as in 1953 there was a further order for 42  custom designed Armoured Railcars fitted with Perkins P6 engines of 60 hp and with a Ferret turret mounted Browning .303 machine gun. Tare weight was 6 tons 11½ cwt and max load 2 Tons. These units were capable of being driven at 60 mph in either direction and had works numbers 6538-6579 and running numbers in a series, those recorded being between A.W.T.27 and A.W.T.63. They remained in front line service until the end of the Emergency in 1960, after which some were kept for departmental use while 30 were sold to Vietnam, whose records suggest that 12 had 60 hp engines while 18 had 80 hp engines. In Vietnam they were numbered 60-01 to 60-12 and 80-01 to 80-12, 80-12A and 80-14 to 80-18. 12 more were supplied to Burma, again for use in the jungles against communist insurgents in 1955 and two others went to Portugal and Belgium for use in Goa and the Congo respectively.  In later years quite a few have turned up in Thailand, Cambodia and Laos.

The units shipped to Malaya were in battleship grey and were painted in a camouflaged livery at Sentul before being put to use, while those to other countries were dark green with a deep red earth overspray.

Click here for an article on the production of these units.

Above: The first series of armoured cars is represented by this picture of A.W.8 taken by the late Lennox MacEwan.

Below: A.W.6 from the first batch on patrol.

Above: Two more images of A.W.6 from a French language magazine. Clearly these pictures were taken in Malaya well before it became a part of Malaysia. 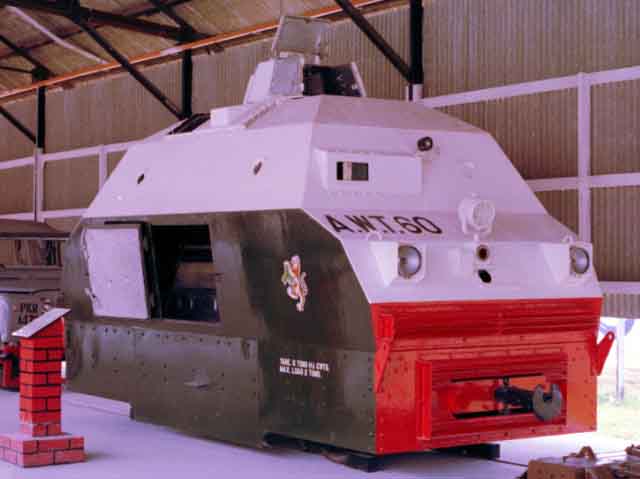 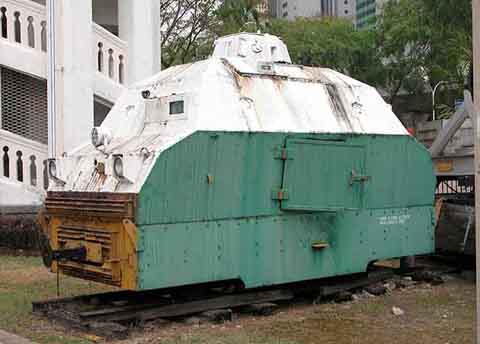 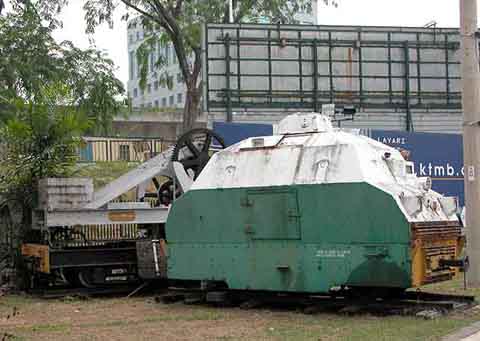 Above: Armoured Railcar T63 at Kuala Lumpur station in 2005 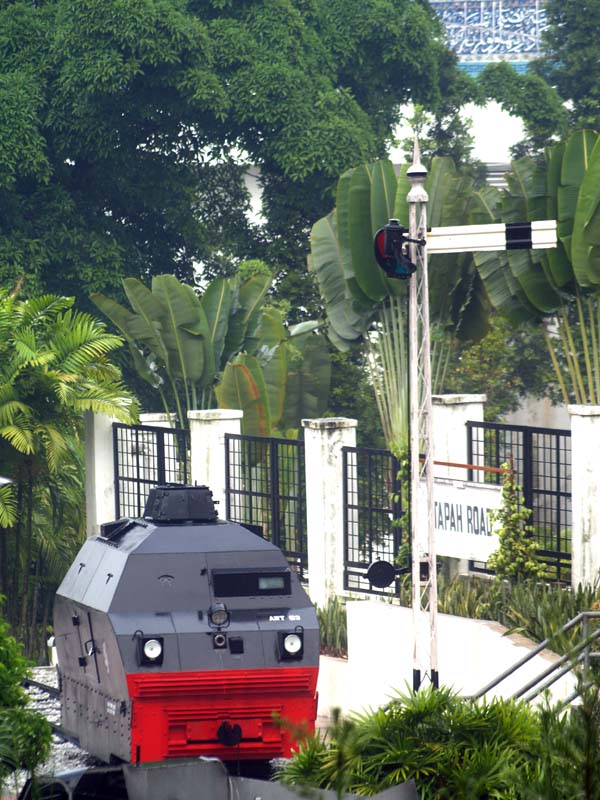 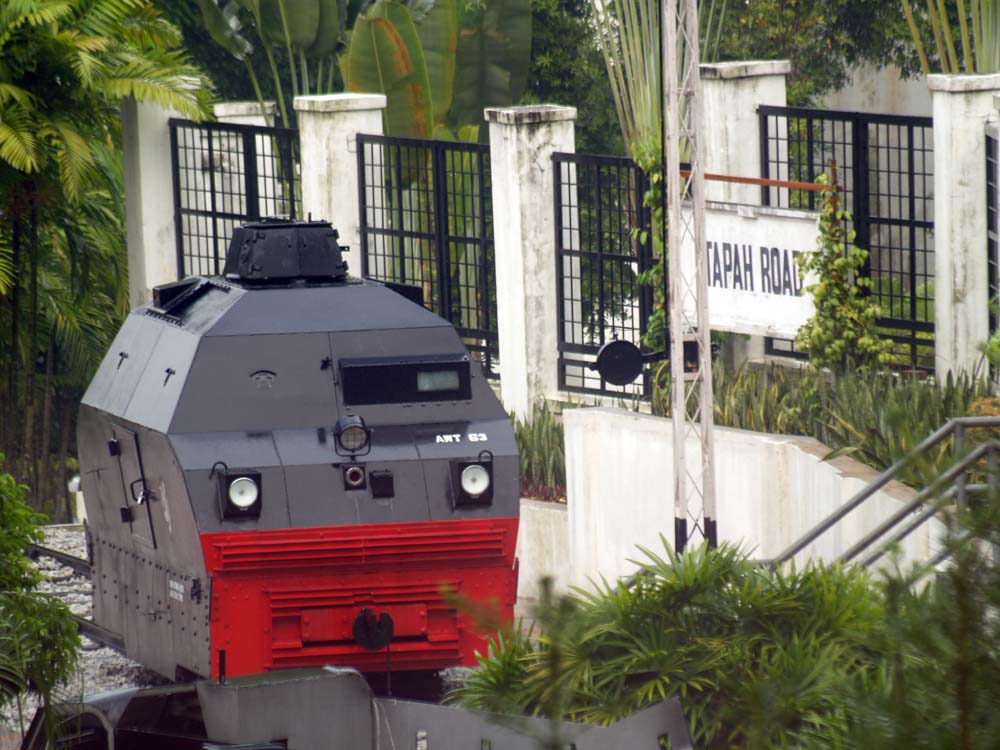 Below: An unidentified A.W.T. with a class 56 and coach at Port Dickson Army Museum represents the configuration seen during the Emergency from 1953-1960, seen in 2013. 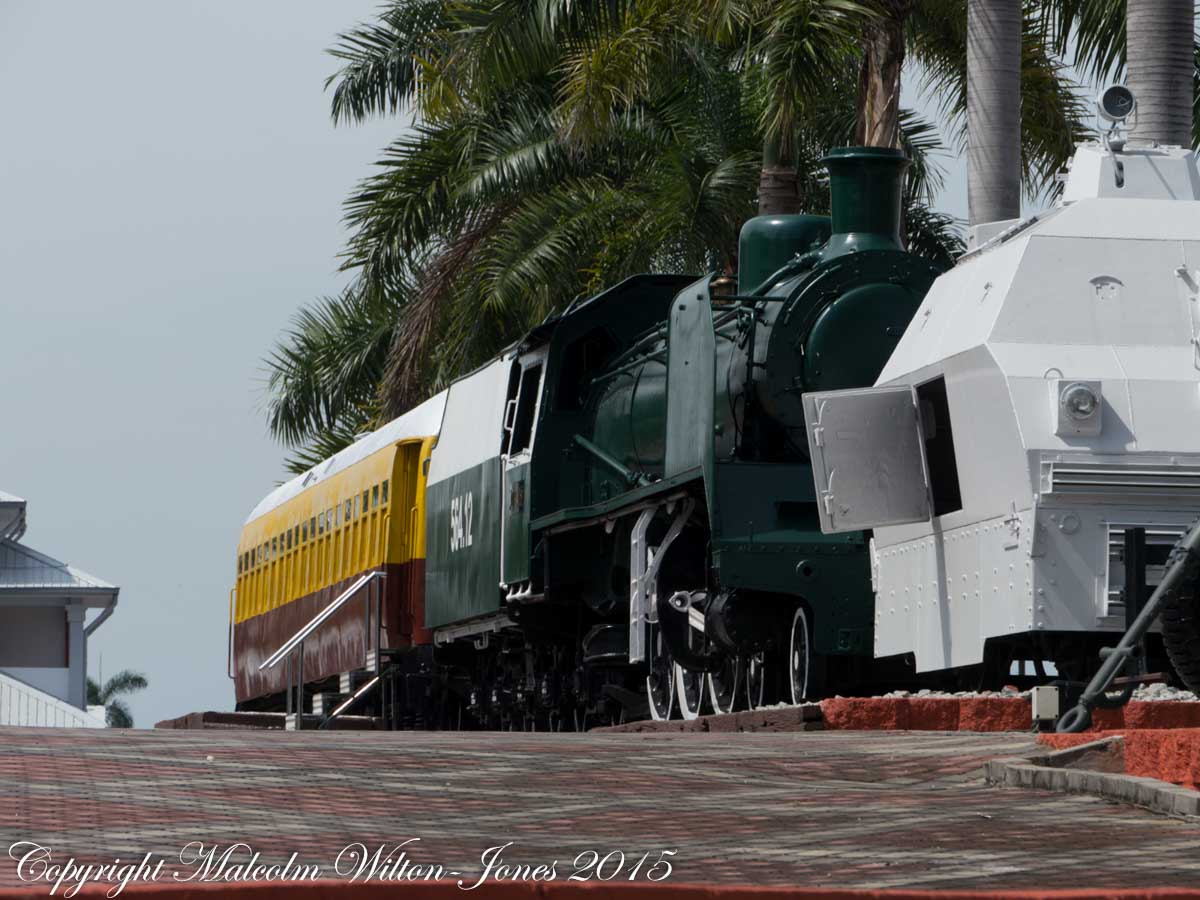 These armoured railcars were sold to VNHX by Malayan Railways in 1962. They are used to patrol the track looking for mines and ambushes ahead of the trains but later this was changed to running 3 or 4 behind escorted trains to rush up with reinforcements in case of attack. 12 units had 60 hp engines and were numbered 6001-6012 while 18 had uprated engines of 80 hp and were numbered 8001-8012, 8012A & 8014-8018.Each has gunports in the side and a turret in which a .303 Browning air-cooled machine gun was mounted.

This Wickham Armoured Railcar was photographed at Bang Sue in Thailand by Les Abbey on 21st January 2008.

The unit below was photographed at Moke Pa Lin by Gordon Edgar on 2nd January 1999.

Updated 2nd October 2021.
You are visitor number to this page.